Cystic fibrosis looks different for everyone. Four adults will discuss their unique experiences with CF, including: life post-lung transplant, having a rare mutation, taking Trikafta, and being diagnosed later in life. This is your opportunity to ask questions that will allow you to understand a day in the life of someone with CF. 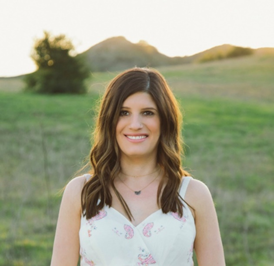 Stacy Carmona
Stacy lives in Orange County, California with her husband Danny, their son, Micah and their two dogs, Brady and Juliet. Stacy is the Director of Patient Advocacy at a Specialty Pharmacy where she manages a team of social workers and patient advocates who remove barriers to care for patients with chronic illnesses. Stacy received her degree in Communication from the University of California, Santa Barbara and has been a motivational speaker, fundraiser and advocate for the CF Foundation for the past 19 years. Stacy co-chairs the CF Foundation Adult Advisory Counsel Alumni group, is a patient representative for the FDA, gave a TEDx talk on breaking boundaries and was recognized as one of ten women making a difference in Orange County, CA. Stacy loves to travel and spent a year living abroad in Sydney, Australia. She hopes to visit many more places on her bucket list and more importantly, to celebrate the cure for CF someday.

Find her on LinkedIn. 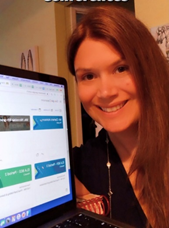 Danielle Nicosia
Danielle is a 35-year old living with cystic fibrosis. I continue to beat CF odds by working full time as a Special Education Teacher & Administrator in a Middle School in Queens, NY. In November 2019, I was officially approved for Trikafta and my life has been forever changed for the better! I look forward to the day where all CFers have a wonderful choice of a modulator, or better yet a CURE! #UntilitsDone 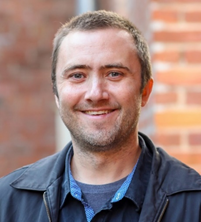 Dylan Mortimer
Dylan was diagnosed with cystic fibrosis at 6 months old and he has received two double lung transplants. He is a career artist and makes work about his journey navigating trauma and joy. He has exhibited and been featured in press nationally and internationally. His work is included in private and public collections around the world.

Check out his work. 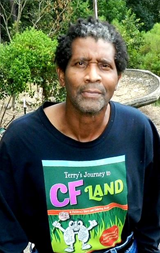 Terry Wright
Terry is the president and founder of the National Organization of African Americans with Cystic Fibrosis (NOAACF), a 501(c)(3) organization with a mission to connect individuals with CF, help build diverse communities, and, through its national platform, raise CF awareness within the African American community and beyond. NOAACF was established in honor of Terry Wright, a 58-year old African American who was not diagnosed with cystic fibrosis until the age of 54. Terry is the recipient of a 2020 Impact Grant from the Cystic Fibrosis Foundation as well as being the first person from Arkansas to receive this honor. He is also a recipient of the 2020 Jacoby Angel Award, the highest award presented by the U.S. Adult Cystic Fibrosis Foundation (“USACFA”), publishers of CF Roundtable. 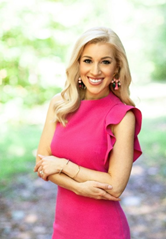 Anne Imanuel Preston - Moderator
Anne is an award-winning journalist who anchors local TV newscasts from Arkansas for cities throughout the country.
A Florida native, Anne moved to Little Rock in 2015 with her husband, Mike. They are both actively engaged with the CF Foundation in Arkansas and serve on the CF Foundation Leadership Board. Anne and Mike were also selected as the CF Breath of Life Gala Honorees in 2018 and poured their hearts into helping to raise more than a quarter of a million dollars for that event to benefit the CFF Arkansas Chapter! It’s a personal mission for them. While trying to start a family, Anne and Mike learned they are both cystic fibrosis carriers. They were incredibly fortunate that their son, Pierce, was born in 2019 without the disease. But they are dedicated to helping other families who live with the realities of CF every day.

Find her on LinkedIn.